As soon as 5G has been deployed in the country, the Chinese Ministry of Science and Technology has announced that it has already set up a working group for the research and development of 6G, the sixth generation of mobile Internet.

China aims to be a world leader in communication technologies. Chinese giant Huawei, the world leader in 5G equipment, is involved in 6G development efforts. The recent American measures targeting this Chinese company do not seem to harm its ambitions.

It should be noted that 5G will make it possible to transmit very large quantities of data much more quickly by offering a speed 100 times more than existing 4G networks. It represents an upheaval in telecoms and will open the doors to new applications: connected objects, autonomous cars, telemedicine…

The capabilities of 6G are not yet known to the public since this technology is only in its infancy. 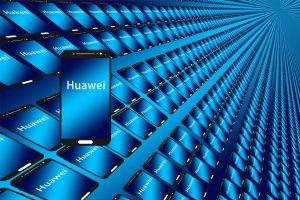 The Chinese telecoms giant, Huawei unveiled yesterday a new operating system, called “HarmonyOS”, which must equip its mobile phones and “bring more harmony to the world”. Threatened to lose its access to Android due to US sanctions, Huawei responded by designing its own operating system intended to equip the different types of brand devices within […]