Plastic was not designed to be consumed by humans in their food, but they are bound to consume it. Small remnants of these synthetic polymers have now leaked into the air, food, and water, and avoiding them has become an almost impossible battle.

A study of five popular seafood purchased at an Australian market revealed just how ubiquitous these micropollutants are.

The study was published in Environmental Science & Technology in July 2020 and was featured in a statement on the University of Exeter website on August 12.
All species are polluted

The study began with the purchase of 5 blue crabs, 10 farmed tiger prawns, 10 wild squids, 10 farmed osyters and 10 wild sardines. The researchers found traces of plastic in all the samples without exception.

“Looking at an average serving, a seafood eater could be exposed to around 0.7 milligrams of plastic when consuming an average serving of oysters or squid,” says Francesca Ribeiro, who studies dietary exposure to plastics at the University of Queensland, Australia.
The ocean is the world’s ultimate plastic pool, and understanding how contaminated the marine food web is is part of the challenge (Pixabay)

When you eat sardines, up to 30 mg of plastic is consumed. For comparison, 30 milligrams is the average weight of a grain of rice. We still don’t know what it does to our bodies, but we need to know.

The ocean is the ultimate sink for plastics globally, and understanding how contaminated the marine food web is with these contaminants is part of the challenge.

And after eating the plastics we made ourselves, many marine species were found to fight physical damage and oxidative stress, and some even died, like the shore whales we found filled with trash. , according to the study.
Variations by species

Plastic-related risks to land mammals are unknown, and while we probably won’t swallow as much plastic as these whales, we need to know how much we’re actually consuming to know if we’re at risk.
The advertisement

“Our results show that the amount of plastic present varies greatly between species and varies between individuals of the same species,” Ribeiro said.

Using new mass spectrometry technology that simultaneously scans five different types of common plastic, the researchers found that squid on the Australian market had the fewest traces of microplastics, while sardines retained the most.
The results of the study show that the amount of plastic present varies considerably from one species to another (Pixabay).

Polyethylene, the plastic used in films and films, was found in the highest concentration, while polyvinyl chloride, also known as PVC, was the most prevalent in each sample.

This does not contradict what other recent studies have found. As seafood is not the only one to contain microplastics (sugars, salts, alcohol and water also contain them). Research has shown that this food category accounts for the majority of our plastic consumption.

In places where seafood is consumed in abundance, studies indicate that some people ingest at least 11,000 microplastic particles per year.
Standard study method

The problem is that many of these studies use different methodologies and report results in different ways. Additionally, many do not identify individual types of plastic and rely solely on visual observations.

Therefore, having a global method to carefully test tissue samples for different types of plastics would make it easier for scientists to compare results from around the world. This new technology looks like a promising avenue, allowing scientists to zero in on smaller amounts of plastic with more precision than before.

“We don’t fully understand the risks to humans from eating plastic,” says marine scientist Tamara Galloway from the University of Exeter. “But this new method will make it easier for us to find out.” 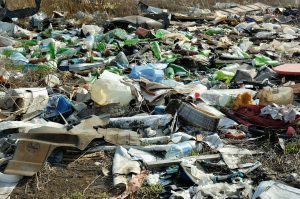 In an article published on the website Capital.fr (1), French researchers claim loud and clear the virtues of plastic by criticizing the voices that call for its elimination from use. The authors of this article start first by attacking received ideas which they believe are false (but not really in our opinion). First, they consider […]